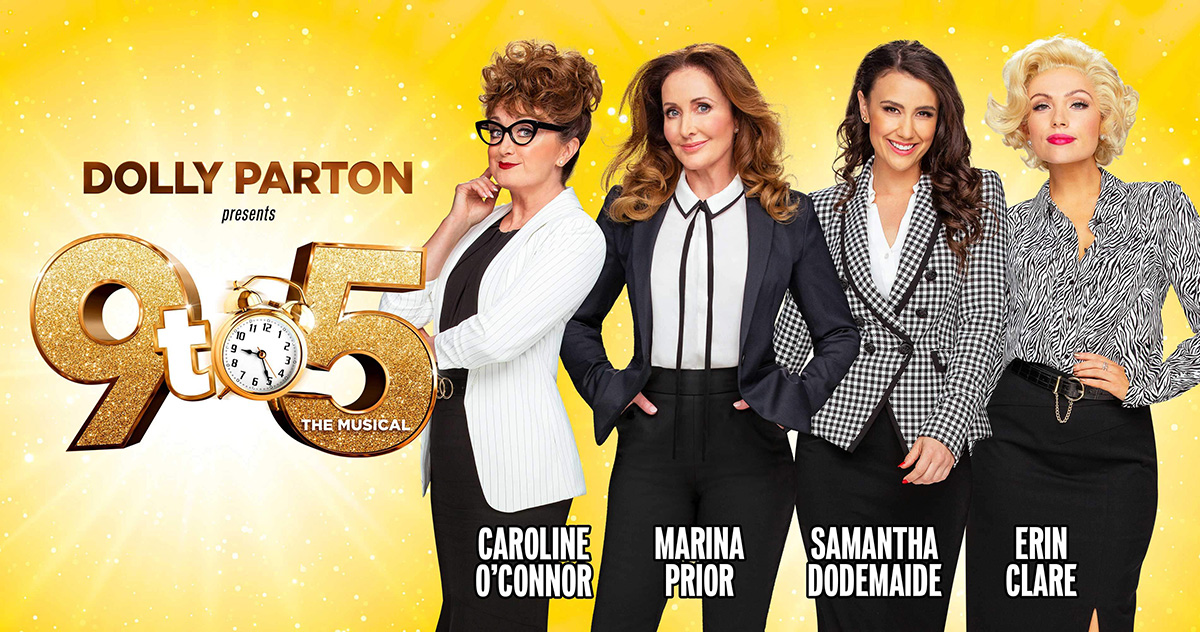 Inspired by the hit film and brought to us by Dolly herself, this hilarious musical features a stellar cast including Caroline O’Connor, Marina Prior, Samantha Dodemaide and Erin Clare, and is about teaming up, standing up and taking care of business! 9 TO 5 THE MUSICAL tells the story of Doralee, Violet and Judy – three workmates pushed to boiling point by their sexist, egotistical boss. Concocting a plan to kidnap and turn the tables on their despicable supervisor, will the ladies manage to reform their office – or will events unravel when the CEO pays an unexpected visit?

Reserved seat in the Stalls at Her Majesty’s Theatre Melbourne;

Morning tea plus a two course dinner at the Winchelsea Tavern

11:15pm – Arrive at Melbourne’s Southbank for lunch (own expense)

5:40pm – Arrive at the Winchelsea Tavern for dinner